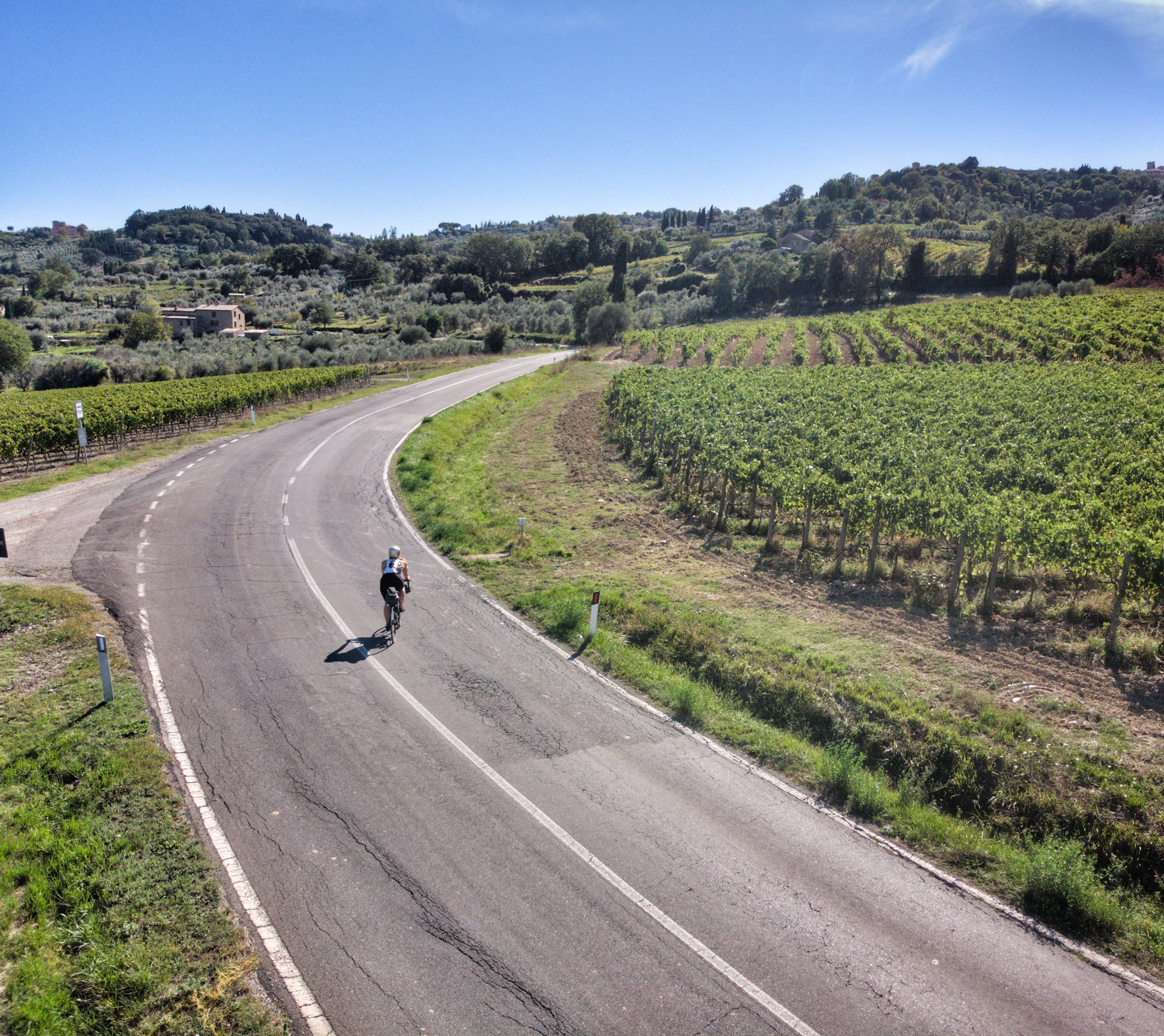 It’s an understatement that a lot of cycling in Tuscany is uphill.

This day became a struggle as it was when I realised my lack of training for consecutive days of longer rides, coupled with my love of a high gear up the hills meant that my knee decided to complain.

This meant A LOT of one legged cycling went down.

And when you’re going uphill, it’s not the easiest.

Slight detour via Siena to pick up the fixed Cannondale from E-Bike Toscana. If you ever need cycle hire from Siena, or even bike fixing, these guys are awesome!

Cycling part of the way along Eroica, the destination in Chianti was an agriturismo that Woodall stayed in around 10 years ago when he was hot air ballooning on his gap year (as you do).

There wasn’t much by way of places to eat within walking distance, being in the middle of nowhere, however the guy that ran it was a world truffle hunting champion. So, we were in incredibly safe hands with the village’s only restaurant being his where the menu was entirely based around truffle.

I mean, what was there not to like?! Unless you hate truffle…M

The agriturismo featured 2 apartments, so we shared with one other guy and his dog. It also had a pool, a fig tree and a fantastic view of Chianti. It was “proper rustic” in terms of the decor, but we weren’t too fussy on this trip to be honest with you. Especially given that the alternative could have been full on bike packing with tents!

Just off Pallazzo Pubblico, this deli spot has a range of (you’ve guessed it) MEAT. And wine. And burrata. And, surprisingly it’s not a tourist trap despite how close you are to the main square.

Owned by Giorgio we had a set menu for 40euros pp. This included all drink.

If you hate black truffle, don’t go here, because he doesn’t use it sparingly!

After dinner,Giorgio brings out his party piece, a 9 year old Eurasian Eagle Owl he rescued when it was 6 months old.

Yep, not quite what we were expecting to have with our coffee.