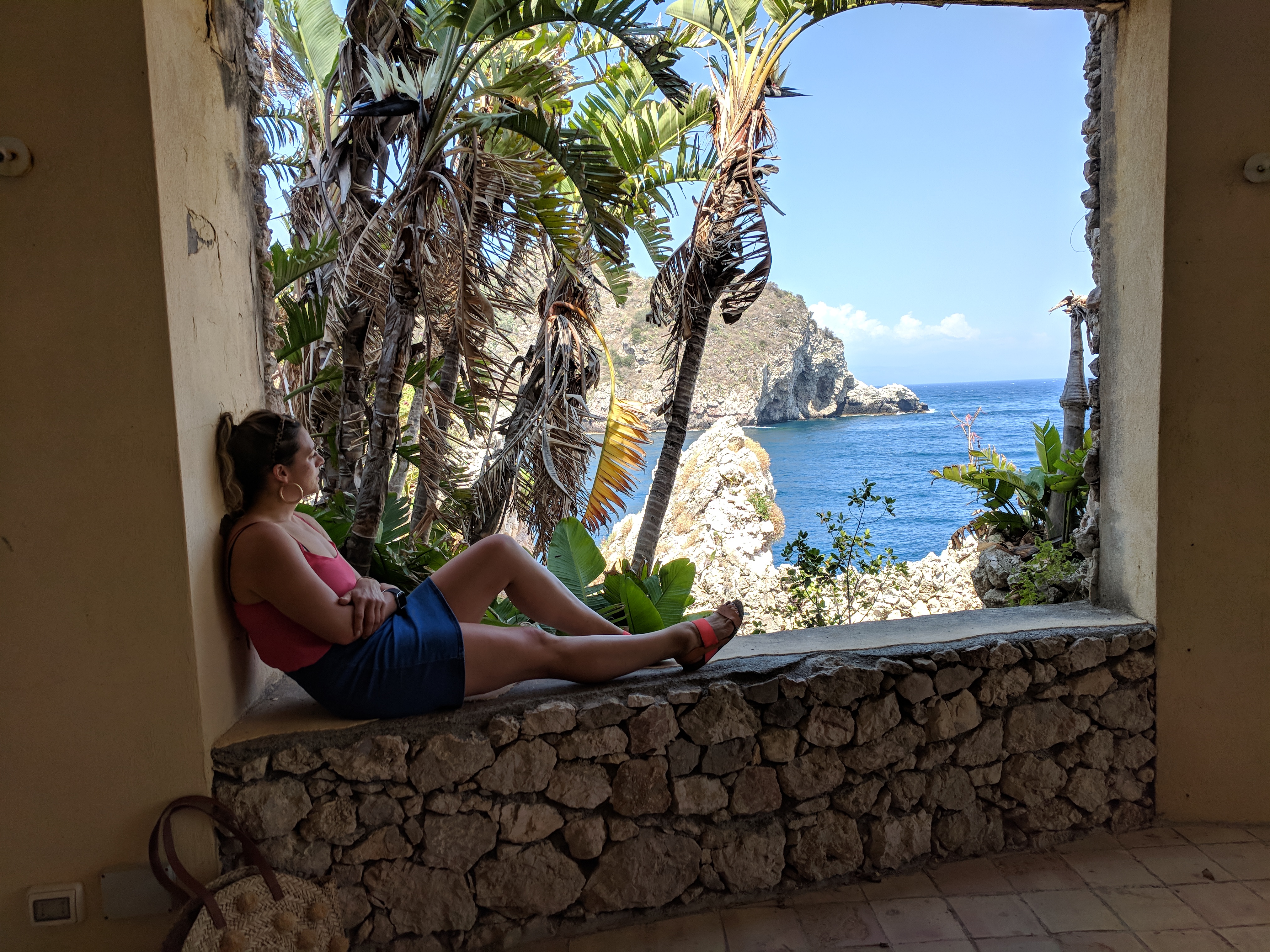 When I suggested Sicily for our minimoon, it was based on the beaches, amount of sunshine at the end of May and the amazing Sicilian food.

In all fairness, I didn’t really think about the idea of being active when we got there, after all, this was time to relax!

Our stay was in Ramo D’aria, which means “Branch of Fresh Air” in Italian, and exactly what we needed. If you’ve gotten married or run your own business, or both, you know holidays are for serious down time, whether that’s moving a couple of cms a day or letting loose, dancing on tables until 4am!

Ramo D’aria has 11 rooms, is surrounded by a lemon grove and has a backdrop of Mount Etna. It’s probably one of the most peaceful places I’ve ever stayed in. With the surroundings of the lemon grove, their dishes feature a bit of zest as well as all local food.

The food is a little pricey for the area but hey, sometimes you’ve got to treat yourself, and when you come from London, it doesn’t seem as bad.

To say the restaurant at the hotel serves up incredible food is an understatement! All locally sourced too.

We had a tasting menu on one of the nights and every element was dairy free which was right up my street!

As well as the hotel, there’s also a spot further down the road about 4 minutes walk called La Spiga.

Other places around East Sicily

We headed to Acitrezza which was a fishing village on our way back to Catania airport and headed to Da Federico for lunch. This place is everything a Sicilian seafood restaurant should be! It’s a little more expensive than your average lunch but the food is so good, as is the service!

Also, it was filled with Sicilians having their Sunday family lunches which could only be a good sign!

So… I know you’re thinking this is a personal trainer, not a bloody hotel inspector or travel agent.

So, don’t you worry, I’ll move onto what I know and you probably came here to read about.

Ramo D’Aria have bikes for hire so get yourself one of those (they weren’t the best when we were there however apparently they’ve updated them) and check out the local area.

We cycled to Riposto and then hit the beach cycle path to get a seafood lunch because it meant that Charlie could have all the beers (he was the token driver for the trip). Although a dodgy pedal meant that the ride back was sooner than planned.

If you’re more of a cyclist, this area has some incredible climbs, as seen in previous Giro D’Italia. Make sure you scope out where the decent roads start however as a lot of these are more pot holes than perfectly conditioned…

WARNING! The climbs around these parts are pretty steep and windy so make sure you’re an avid climber. It’s NOT built for Dutch bikes!

With Mount Etna only a 40 minute drive away, it was rude not to.

You can take tours up from the South side, however we chose to head up to Linguarossa as this meant that we could just lace up our trainers and go for a stroll, rather than be lost in the hoards of tourists waiting for cable cars to take them up to the top of the volcano.

Heading up by foot meant that we didn’t get as far up to the top as you can with a guide but it saved around £200, and the views are pretty spectacular wherever you go. On this part you can expect to see the crater from the 2002 eruption, as well as plenty more from other eruptions, ice as the altitude increases and an incredible ever changing scenery.

Taormina is a 30 minute drive away, although I strongly recommend getting there in the morning as this place gets busy fast!

With the town being built on the hill, expect a lot of hills and steps, but with those comes breathtaking views and incredible Ancient Greek architecture such as the amphitheatre.

What goes up, must come down so you might as well make that trip to the beach of Isola Bella at the bottom of the hill.

As you can tell from the photos, this place is breathtaking, however the beach is lined with all the locals and tourists trying to get their few inches of beach to soak up the sun. There are also beach bars and loungers for around 10euros for the day which is probably worth it if you don’t want to your sun cream to rub off on the person next to you. 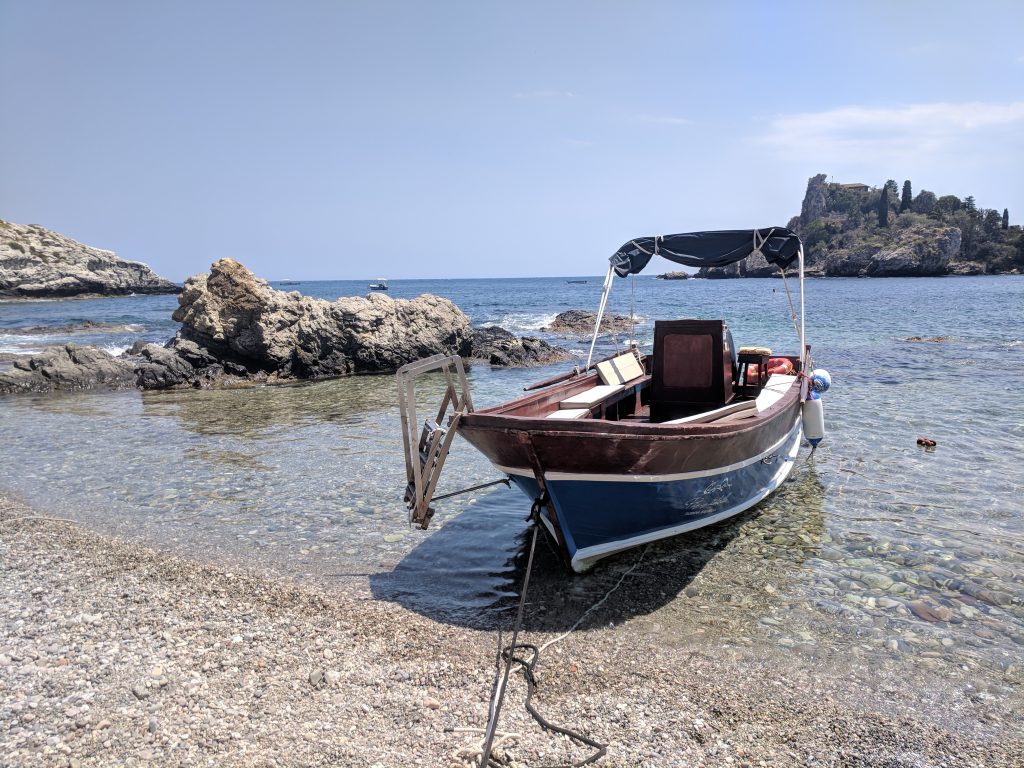 You can also head over to the Isola Bella, itself which was a private property until 1990 when it became a nature reserve. You can pay to get onto the island and have a walk around and enjoy some more beautiful views from the Ionian Sea. 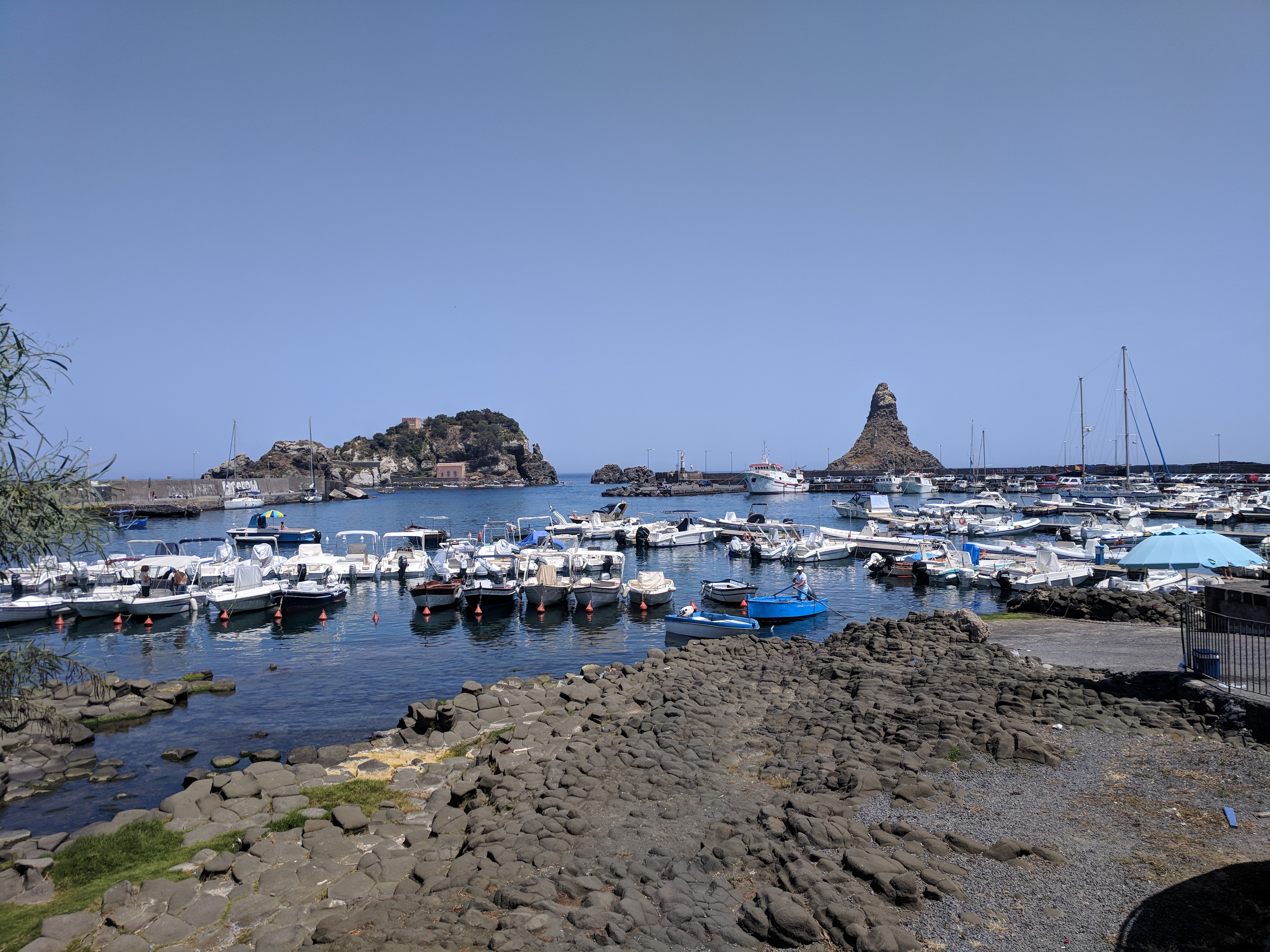 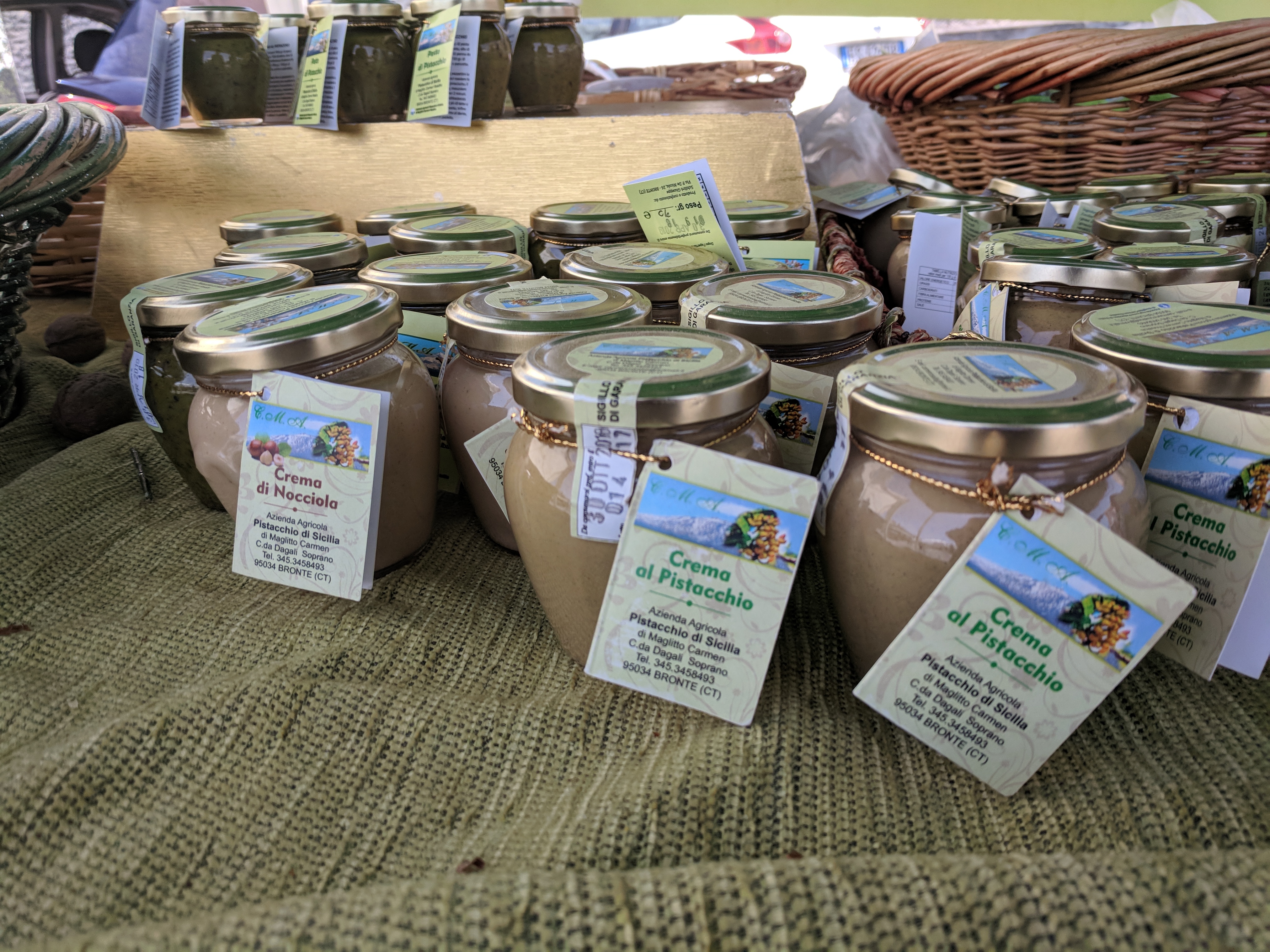 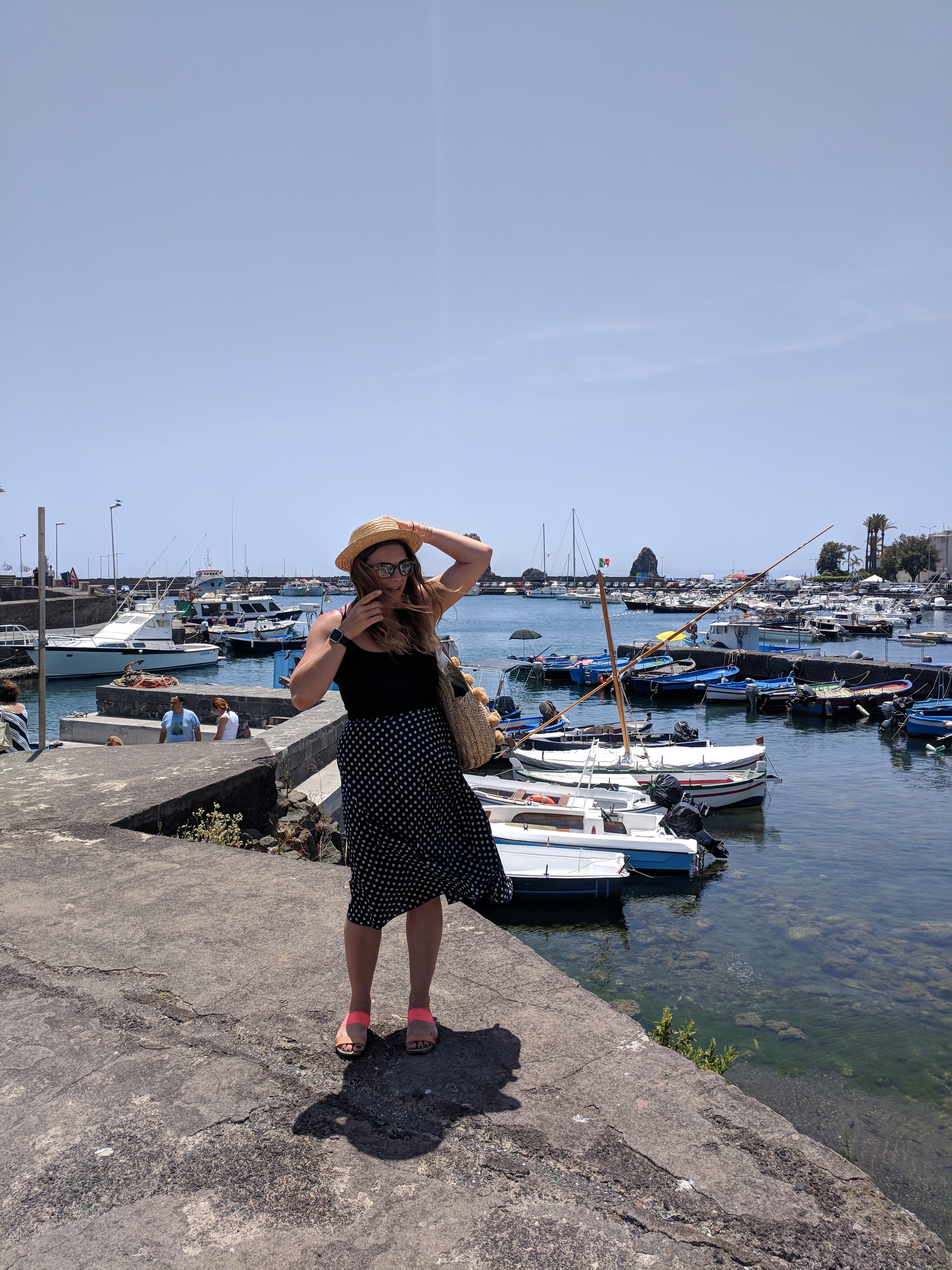 We stopped off via the fishing town of AciTrezza on our way back to Catania airport.

On Sundays you’ll find a local market stocking everything from olives and tapenade, to honey and chocolate. It’s quite a popular place judging by how hard it was to find a parking space! But it’s worth the hassle.

Bring a towel and you can find a spot on the rocky beach or sit in the square and watch the world go by.

We ate lunch at Da Federico which is a damn good fish restaurant – say no more as you’ve already read about it above. 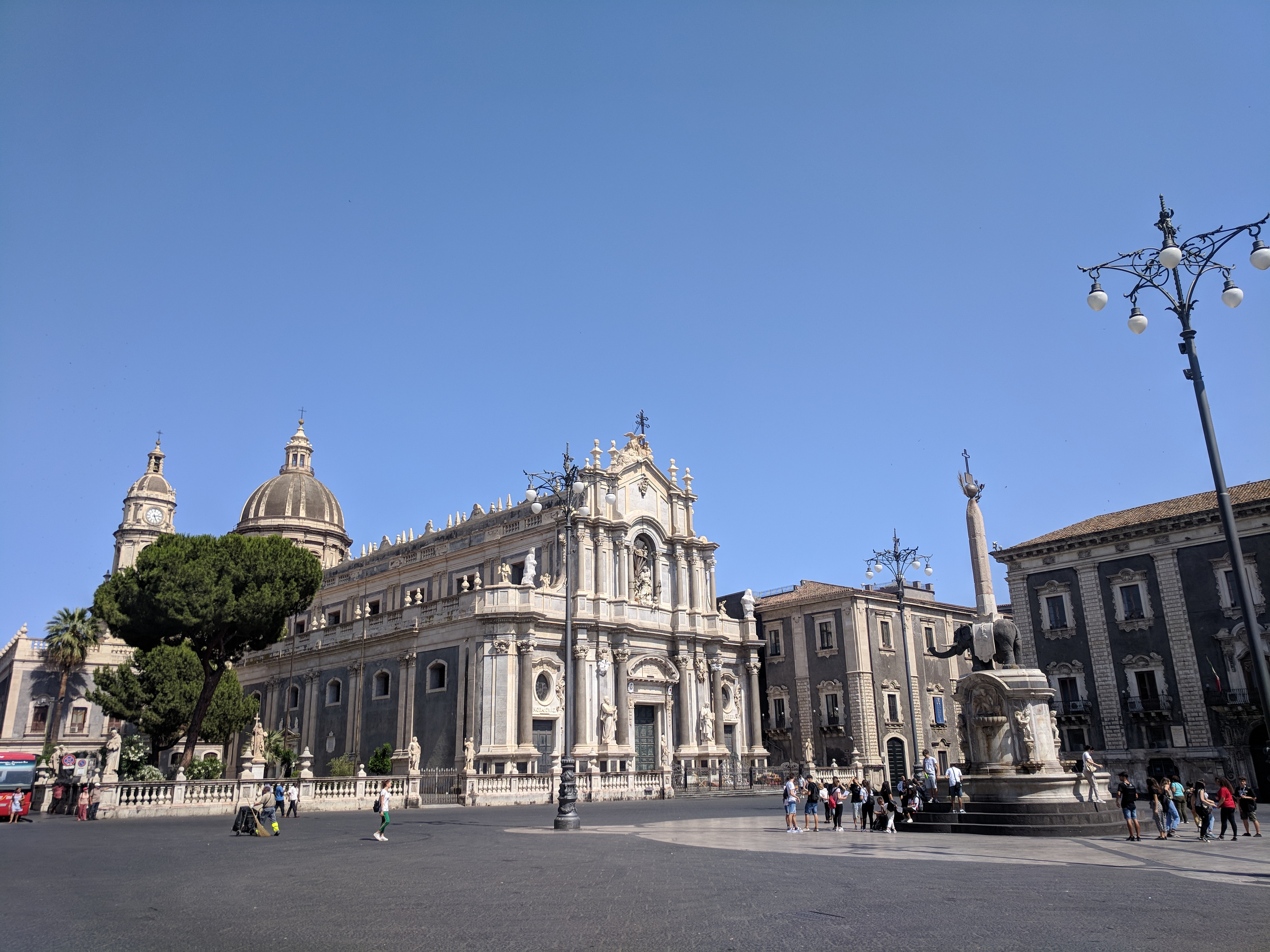 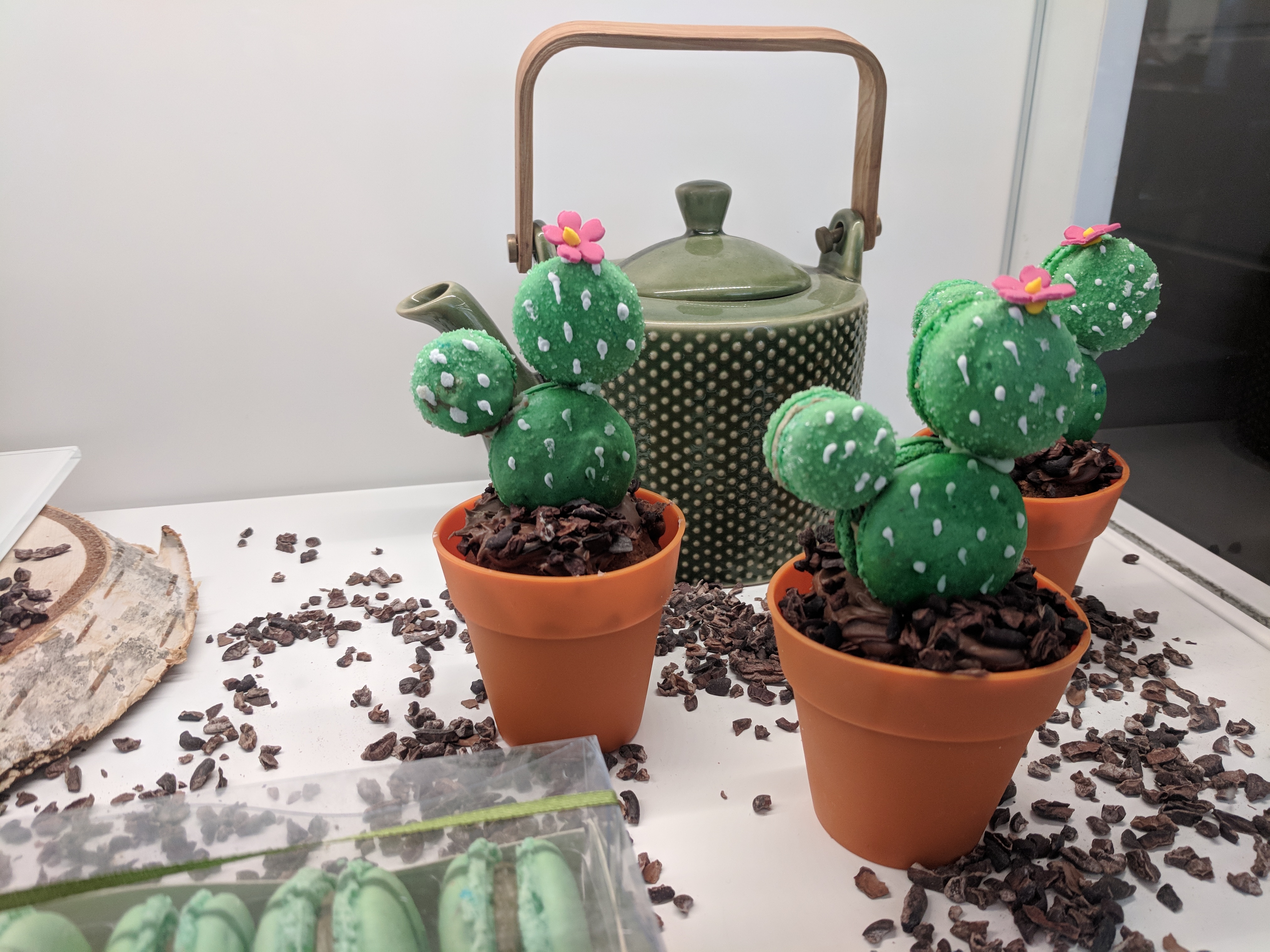 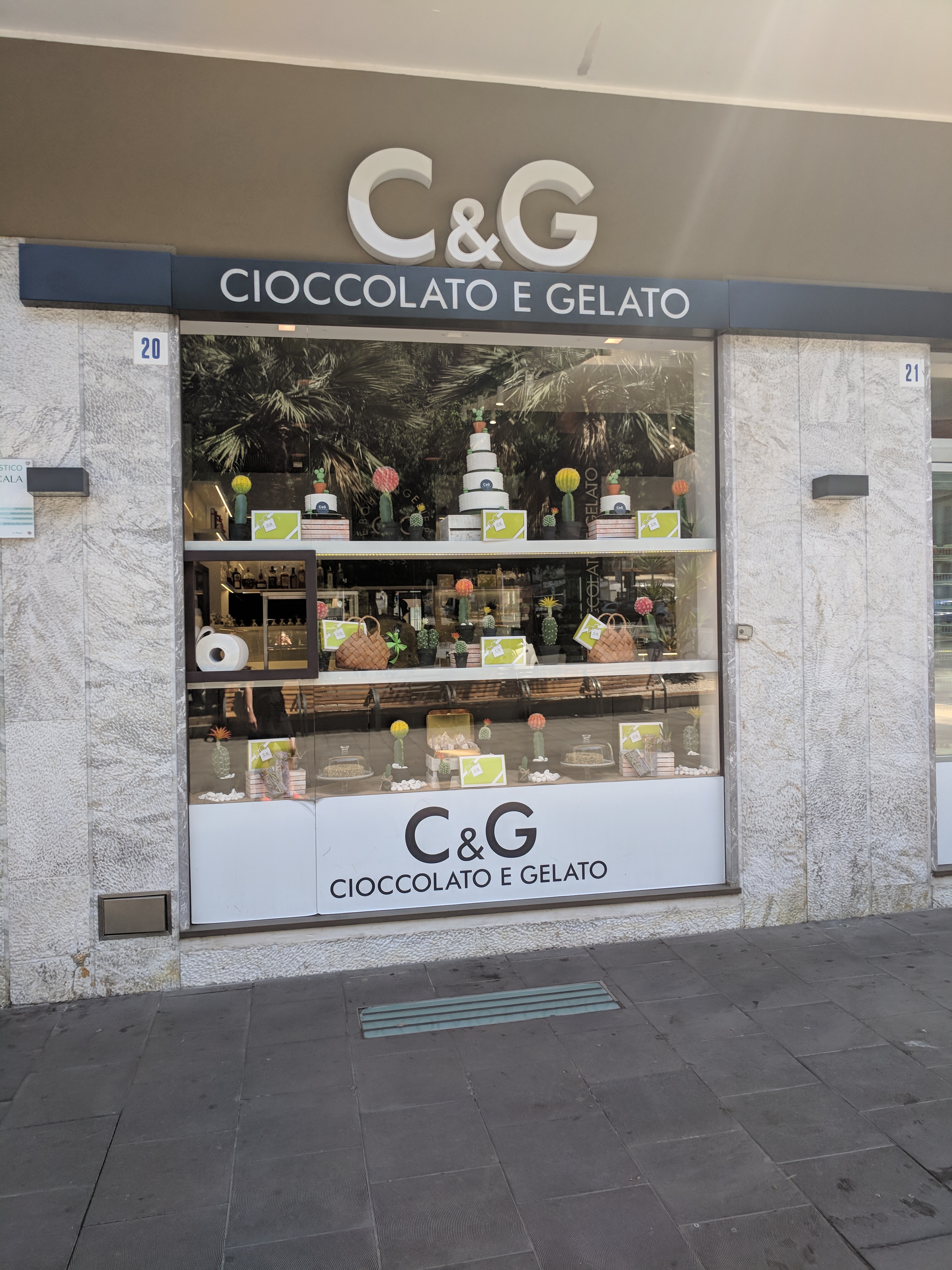 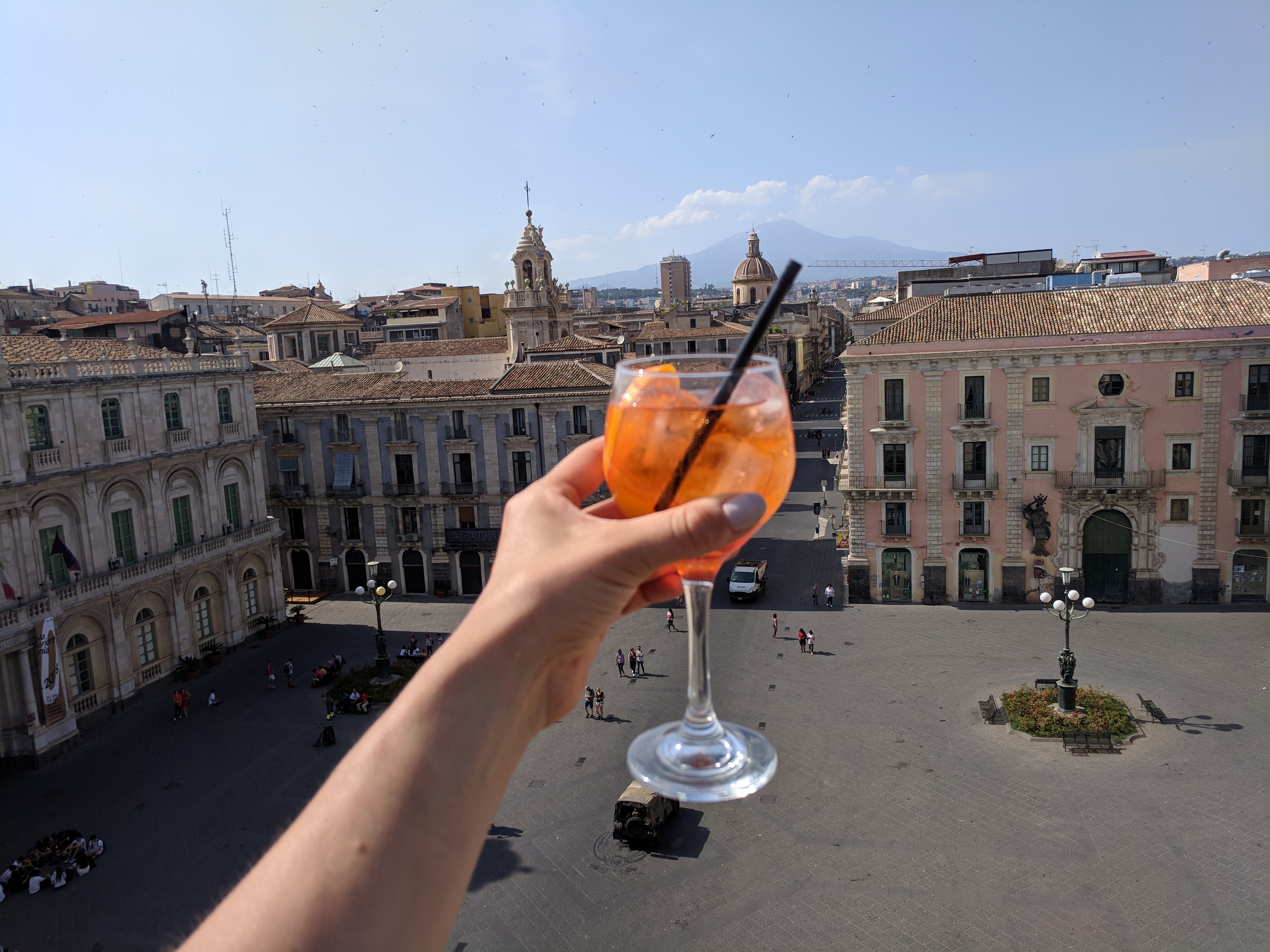 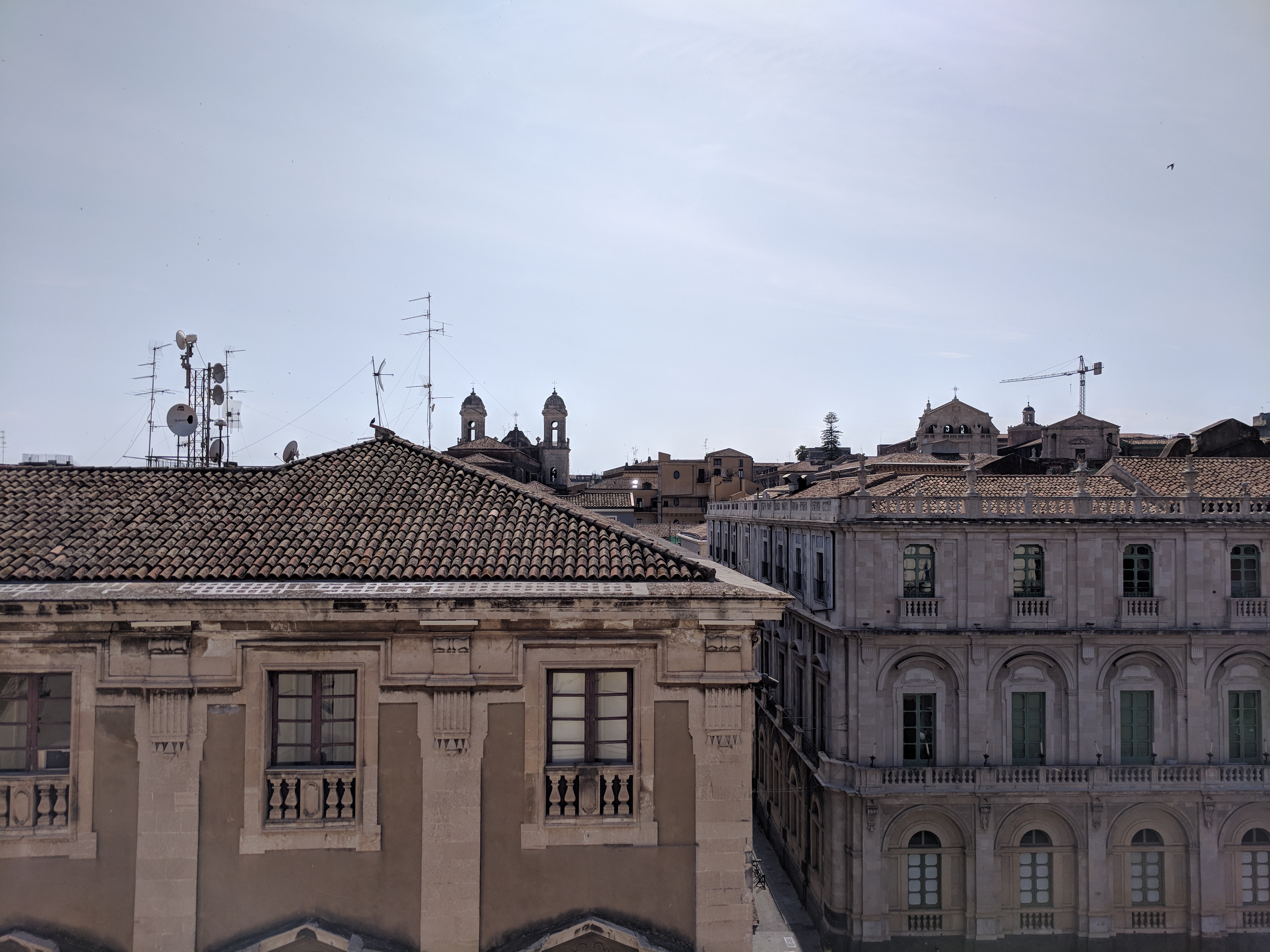 Word of advice, Catania has very little to offer. The beaches aren’t great, you can head around the city in next to no time, so don’t rush to leave any idyllic spots to hit up Catania!

If you do find yourself stuck in Catania, do the following: 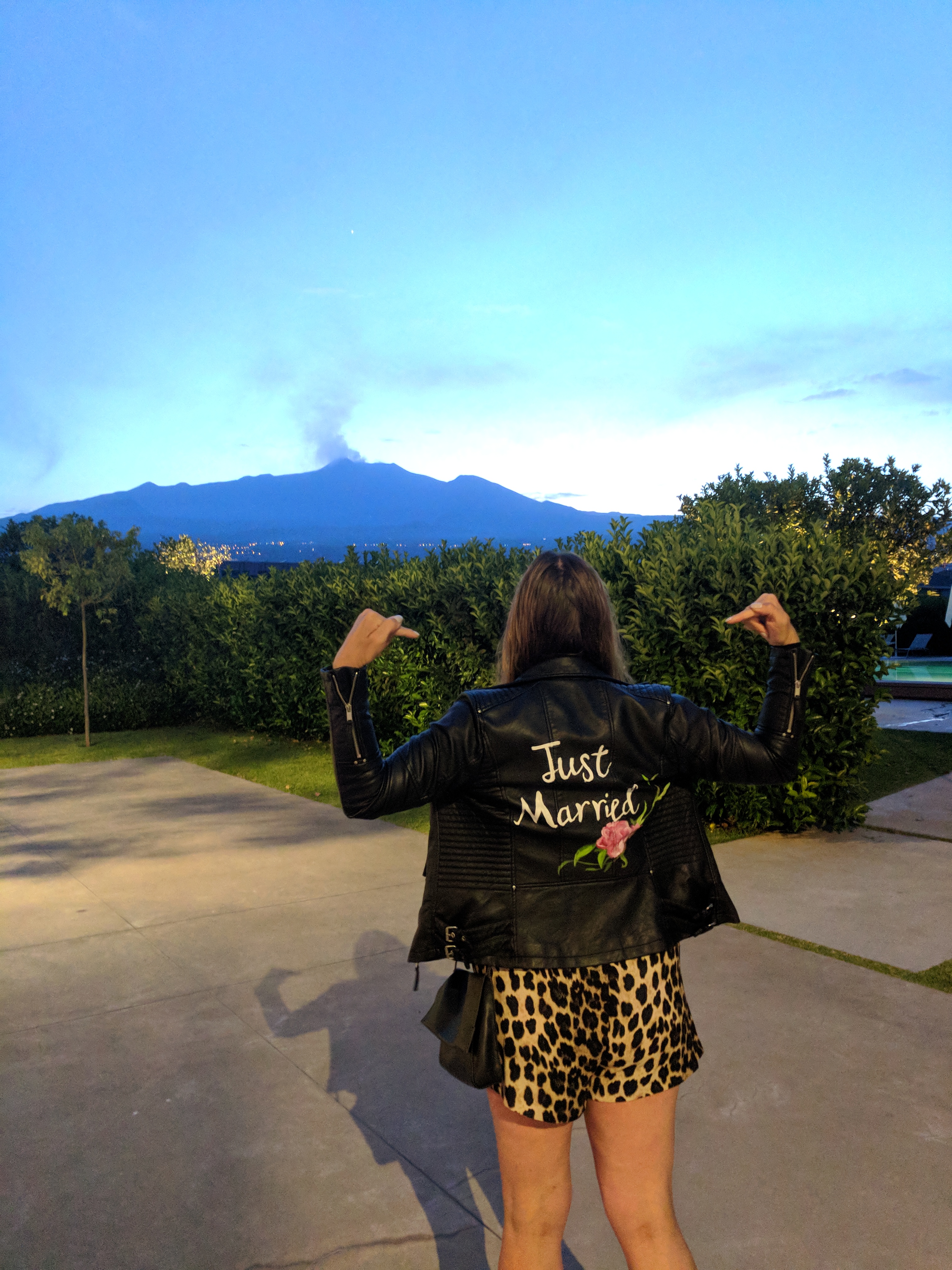 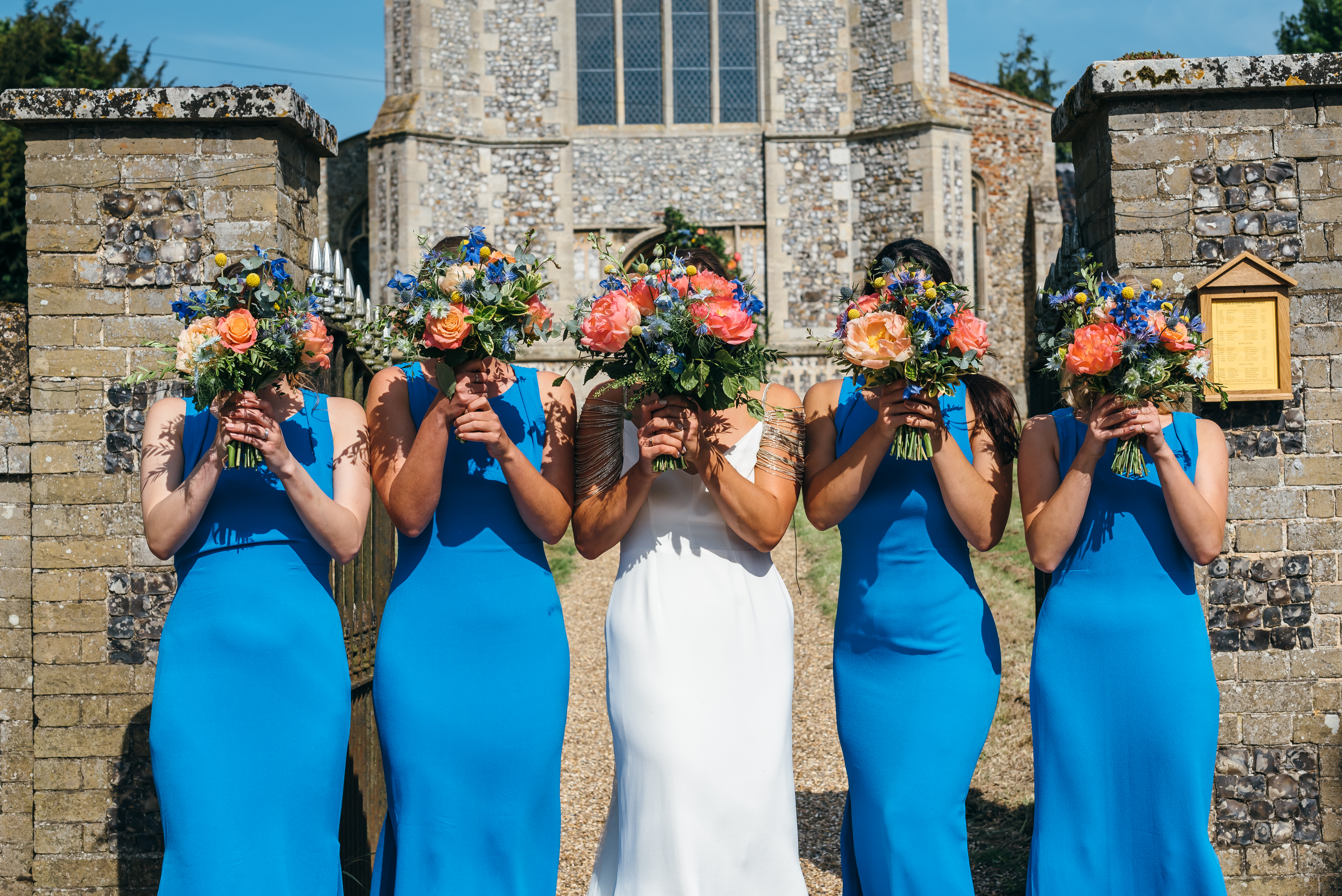