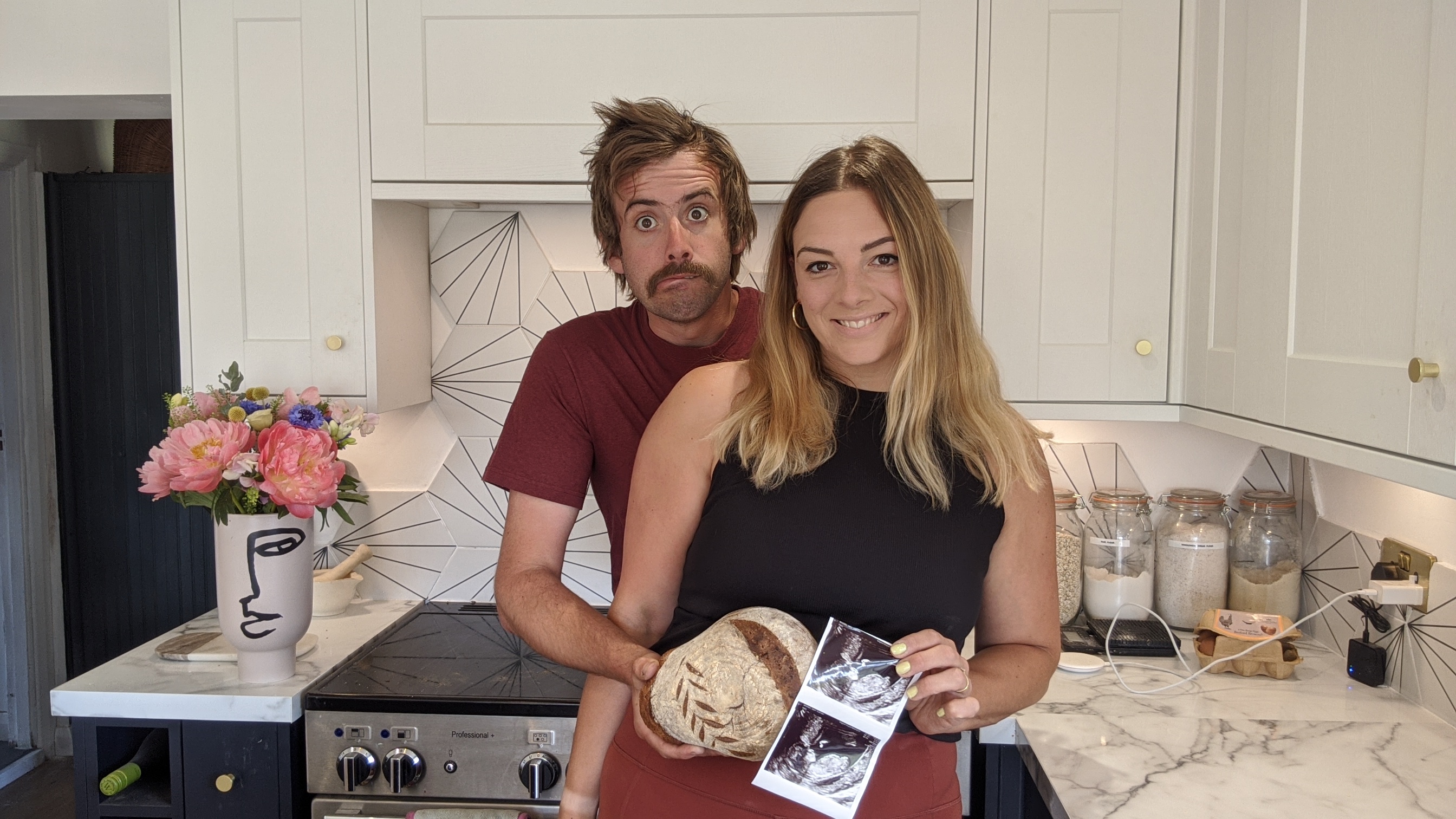 Before you read on, remember, everyone’s pregnancy is different.

Some people are throwing their guts up at the sight of broccoli while others say they wouldn’t even know they’re pregnant.

Here’s my honest account of my week by week, often a reflection on how it went

This bit is from memory as I only started writing from Week 7.

Went to bed with period cramps so thought that was it.

Woke up with no period so took a test ‘just in case’.

And then there it was, two red lines.

But with a husband in bed fast asleep as I was up early to teach a client session, all I could do was send a photo to him on Whatsapp in my excitement…

It later transpired he thought that meant I wasn’t pregnant, to which I told him I was and then was met with “oh shit, how? What? Really?” etc.

With lockdown causing my in person PT work to stop and with him quitting his job to film 10 weddings lined up this year it really wasn’t the best timing.

But then again, they say there never really is perfect timing.

Fingers crossed this one sticks!

Well, technically a few days off week 8 but hey ho, who knows how this thing works.

Yep, I’m pregnant in lockdown. I found out a day before everyone in the UK went into isolation.

Both in a sarcastic way and in a thankful way.

Why it’s not good? (less now than I was in the beginning as I’m now finding my feet) Lockdown threw out all kinds of what the hell should I do with work panics, plus my husband has quit his job to go into wedding videography (cue all weddings being cancelled)…

That said, it’s a blessing because I don’t have to disguise it with gin & tonics without the gin, or excuses of driving; the bloating of the belly as the day goes on and the waves of nausea from waking until just after lunch.

Everyone says the first trimester is a bit of a journey but bloody hell!

The worst thing for me? The sense of smell.

There’s food rotting in the kitchen drain, I swear! And I can definitely tell when the bins need to go out before they’re even FULL!

On that note, welcome to my pregnancy diaries.

I decided to start blogging my pregnancy because:

Before this, I had what they call a chemical pregnancy which was a miscarriage at 5 weeks. Although it’s very early, it still knocked me for six, mentally and physically with the hormones being all over the place afterwards. Although they say you don’t even know it’s happened, I definitely knew, and although I’m grateful to not have been further down the line, it still hits you at any stage.

I can’t believe how lucky I am, especially given that I was expecting a rough ride thanks to PCOS.

A few days ago we decided to have a private scan with Window to the Womb to put our minds at ease. And then there it was, a raspberry sized bean with a heartbeat.

Finally we could tell our family knowing that there’s a chance things might be okay, although there’s no denying, it’s still an unknown as who knows what your body is going to do.

Now things are getting real! It also has made me realise how many blood tests I’m going to have across these 9 months. Something a needle-phobe like me is going to have to get used to!

The thing I’m looking forward to the least?

As I’ve got PCOS, I’m at higher risk of gestational diabetes so I have to get tested twice. Why am I not looking forward to it? You’ve got to fast from midnight, go in have a blood test and then drink some lucozade-esque drink and then sit in the car for 2 hours (STILL FASTING) before you have another blood test. Not allowed to go for a walk or eat. Movement and food are two things I enjoy so this isn’t going to be fun!

A few days later I get my blood test results back and apparently I’m rhesus negative. Did not know having a negative blood type could be a problem. The thing with pregnancy is that you end up Googling everything as it’s all new, those odd stabbing pains you might get, what you should and shouldn’t be eating and anything you might think or know you have..

Obviously I Googled rhesus negative and then that sends my already wired brain into overdrive.

For those of you who are as new to this as me, if you’re rhesus negative and the baby has a positive blood type, you body creates antibodies to kill off what they deem to be harmful cells. Luckily, by the time it takes for your body to create the antibodies, the baby is usually born, and they give you Anti D injections at 28 weeks (and after giving birth if your baby is positive) to prevent the antibodies from causing issues for any further children.

So, basically I’m in for 9 months filled with all the needles…

Nausea has finally gone but in creeps the nervousness around whether everything is okay. And apparently this sticks around as you don’t really know that everything is okay until the baby’s born, and then worrying is a side effect of being a mum for the rest of your life!

Although the nausea has gone, I can’t go 2 days without needing a nap. And by that I don’t mean feeling a little tired, I’m completely exhausted. And a nap is 1.5-2 hours. Every inch of my body is just like nah, we’re not doing this.

Not good for my workload but hey, hopefully things will change soon.

It’s understandable though as your hormones are all over the place as they settle into what your body is doing, plus you’re growing a human at quite a rapid rate so you’re

In other news, I ate a sausage sandwich for dinner this week. If you know me, that will show you how bad things have been! (safe to say, pregnancy has bee good for ridding me of any remnants of disordered eating around “healthy” food!)

Still napping… I’m very grateful for lockdown right now as I genuinely don’t know how anyone does this while commuting to work, plus God knows how bad a gym will smell now my sense of smell is in overdrive!

This week I’ve managed to exercise a bit more than last week. It keeps me sane and energised with everything going on, but work’s surprisingly busy which makes it a hell of a lot harder!

3 weeks until the scan and I can’t wait!

Although why it’s at 13 weeks and not sooner I’ll never know!

The lead up to the scan is horrendous.

No one really talks about the anxiety of knowing everything is okay and if it’s even alive! The fact we managed to get pregnant so quickly makes me think I’m too lucky for this to be okay.

Part of me can’t help but wonder am I still pregnant?

I know from my work that you’re meant to feel normal again, and also from chatting to clients about their experiences (so handy to have them!).

The midwives said Charlie (my husband) can wait in the car and he’s allowed in if there’s bad news.

It’s really weird being pregnant in a pandemic as you’re going through it all by yourself. You can’t share that moment of seeing what looks like a fully formed baby on screen, seeing it move around.

All you’ve got is a midwife who very kindly recorded some videos for me to film at the end of the ultrasound.

It’s such a weird moment as you’re in the waiting room, surrounded by all these people in masks, and although I’m overjoyed with seeing a wriggling baby, I can’t help but think there must be a few people passing through these doors today and having not so great news. It’s so saddening but 1 in 4 pregnancies result in miscarriage, which is something that not enough people talk about and as a result, more often than not you feel so alone which is why I felt it was so important to talk about my experience as I had a client who went through exactly the same thing.

Clutching the longest reel of photos and a few videos on my phone, obviously it was time to tell everyone! I was so incredibly excited. And yep, emotions are high so there were lots of tears from me! (Also, thanks pregnancy hormones!)

So that’s my first trimester done. I’ll report back at the end of the Second Trimester with the next instalment! 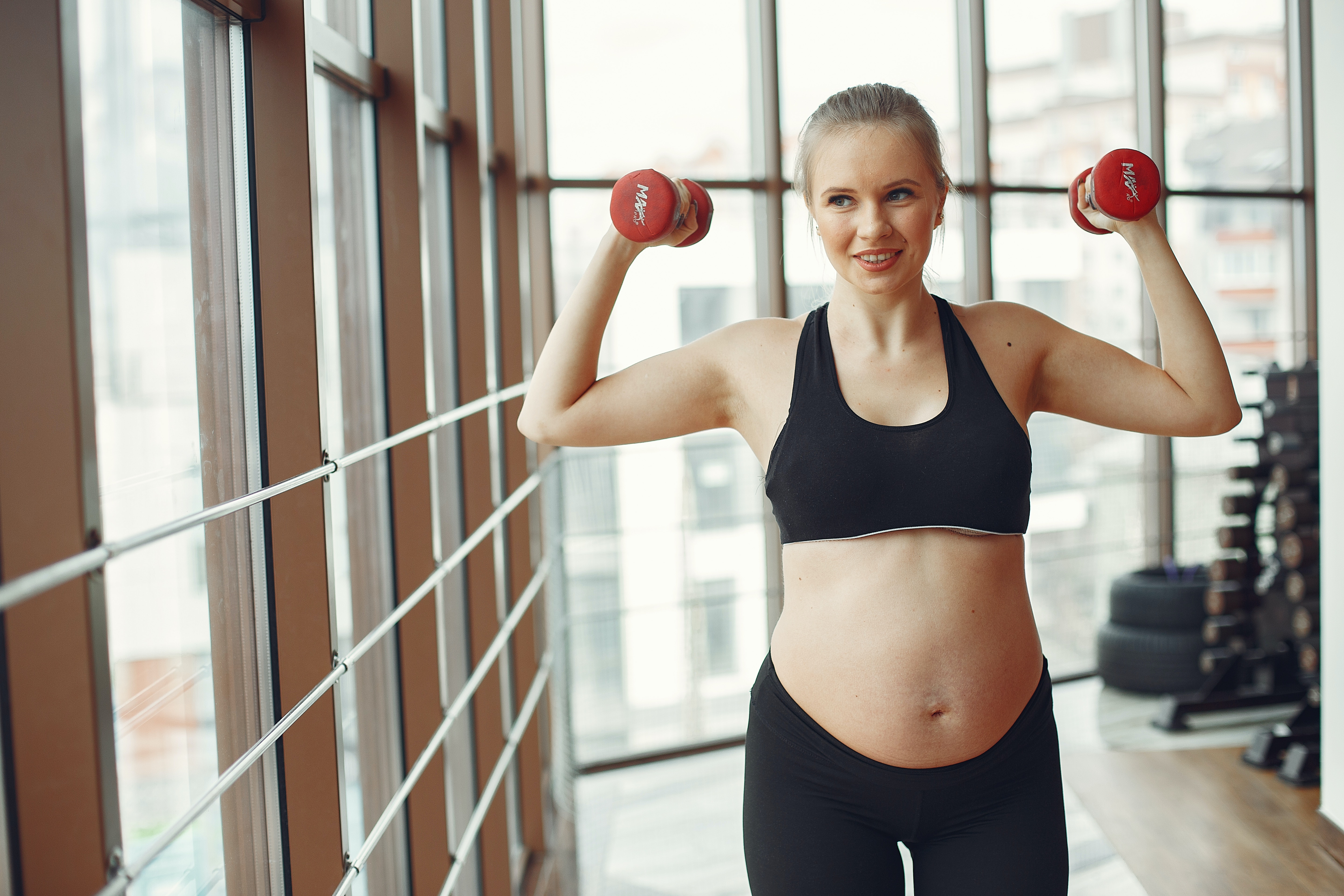